5 Hidden Costs That Can Put Your Car Buying Plans Sideways

5 Hidden Costs That Can Put Your Car Buying Plans Sideways

by Bankruptcy-Explained
General Topics , Ways to Save Money
No Comments 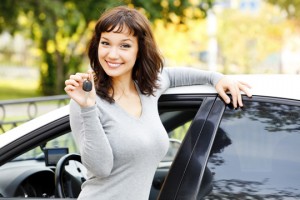 Everyone dreams of having their own car, but not all of us really take the steps we should to make sure we aren’t getting cheated. This isn’t because we don’t do our homework, because most of us do. Rather, it’s because the actual costs of owning a car are often much more than we think they are. In fact, once you do finally take all the steps to buy a new car, you’ll probably think you’re set.

Sadly, while you are mostly set, there are and will still be a host of problems that can crop up and cost you. In some cases, these things can mean you’ll end up not being able to afford the loan on your car. Worse, if you’re buying a used car, there are things that can come out of the dark history of that car and cost you your entire payment, plus the car, quickly turning a good deal into a sour mess. However, there are steps you can take to protect yourself. You just need to consider the following 5 items before buying a new or used car.

1) Logbook Loans – the elephant in the room. Too few people are aware of these antiquated loans. They’re an old Victorian era type of finance that’s somehow managed to remain an accepted lending alternative in modern times. Basically, the lender retains the logbook of the vehicle as collateral for a loan, which is a protected form of lending, covered under the Bill of Sales Act. Unfortunately this old method of lending has almost no protection for consumers. What happens is that an unscrupulous borrower will take out a loan on their vehicle, and then quickly sell it, passing on the vehicle and the debt to the new owner. In cases like this, you can find that the £4,000 you paid for a vehicle ends up costing you another £3,000 or more when the lender shows up to take the car. To protect yourself, make sure you spend the 20 quid a full HPI check costs. Also make sure to get the HPI coverage in writing, as you can be protected for up to £30,000 in the event the HPI check doesn’t turn up something that later costs you.

2) Don’t buy anything sold as a ‘no refund’ or ‘sold as seen’ type of sale. These are not legal methods of selling a vehicle, as there are laws that protect consumers, which don’t allow for things like this. You should have very specific terms with each sort of sale, and dealerships are required to behave according to a specific set of regulations. Anyone trying to convince you otherwise is also trying to cheat you. Go somewhere else, and get something that’s really a good deal, and not a scam.

3) Pay attention to the mileage on a car. The UK isn’t America, so it’s not like you can just hit the road and drive all over the place. While you could always take the Channel Tunnel, that’s not something everyone does. Because of this, the average car in the UK logs about 10,000km per year. If you are looking at a five-year old car with 100,000km, then that’s a lot for the car. Double-check the DVLA details and MOT certificate to make sure you’re not being misled, and that the actual distance logged is accurate. While it’s unusual for someone to tamper with the odometer, it can and does happen, especially on cars that are ‘too good to be true’ in terms of price. Other times you might find something that looks great, but has a completely indecipherable internal system. For example, you might find a great deal on a used car that has an electronics system that’s all Japanese. Swapping that out can cost more than you might have bargained for, but it’s a sure thing the dealer already knows this cost – or they would have already swapped it out.

4) Don’t buy into the diesel hype. These are certainly great autos, but they are pricier than their petrol counterparts. While they are more fuel efficient, and that looks good on the surface, the fact is that it can take up to 14 years to recoup the extra investment you’ll spend on purchasing a diesel, as reported by the Telegraph . That means most families would be better off purchasing a petrol car for the family, as opposed to buying a diesel, because no one realistically keeps their car for 14 years. Even those who do aren’t usually getting a full 14 years of service out of their car anyway. This is because fuel efficiency drops the longer a car is operated, as parts wear out and things stop running like they once did.

5) Don’t play shell games or put yourself on the hook to a shady dealer. Too often dealers will give you what you ask for, but bump up other parts of the price as they go. This is known as a shell game, where they trick you with misdirection. For example, you might end up getting the monthly payment you want, but they’ll stretch the terms out long enough that you’re actually paying much more for the car than you wanted to. Other times they’ll advertise a great deal, but you’ll end up on the hook when you show up and it ‘just sold’ – but of course they’ll have a more expensive option waiting for you. You’ll get tricked into spending £2,000 or more for something just because they got you on the hook, which means more money for the dealership, and less in your pocket.

Pay attention to your dealer, and pay attention to what you are planning to buy. Dealers and car salesmen (and women) are masters of the game. Unless you are firm in your commitment to purchase what you want, you’ll end up purchasing what they want. That means more of your money spent on a new car, which will ruin any budgeting you had in mind. Be careful, get a good loan, and make sure you are aware of what you’re really getting – not what the dealer wants you to think you’re getting.

Tidying Up Could Save You a Bundle

Tidying Up Could Save You a Bundle

Stay Warm in Winter and Save Money

Stay Warm in Winter and Save Money