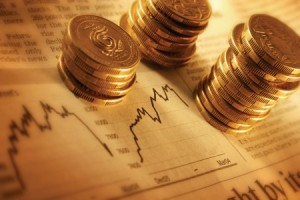 If you’ve been borrowing more than you did a few years ago, consider yourself one of the crowd. After postponing major purchases during the high interest days of the recession, consumers have been buying more on credit. But many people are playing the borrowing game without knowing all the rules and may be making mistakes that could translate into hundreds or thousands of dollars. Below are five such errors–and tips on how to avoid making them yourself.

Shortening the length of your loan will increase your monthly payments, but it will also decrease your total finance charge. Say your local bank is offering automobile loans at 15% and you’re borrowing £10,000. You can choose between loans with payments of about £485 for 24 months, £347 for 36 months or £278 for 48 months. The 48-month loan will cost £1,722 more than the 24-month loan, about 17% of the principal amount, and £879 more than the 36-month loan.

Many people unwittingly run the risk of stretching out their payments by choosing variable-rate installment loans, a new borrowing option. Interest might be pegged to indexes such as certificates of deposit or three-month Treasury bills. Instead of altering your monthly payments, however, the bank stretches out the loan term if rates go up and shortens it if rates drop.

Banks are pushing variable rates because they protect them against getting stuck with low-interest loans on their books. They can be a good deal for customers, too–but only if rates drop or hold steady.

The fact is, you’re playing a game of interest-rate roulette. And the longer the term of the loan, the higher the stakes.

Some banks are now offering variable-rate loans at 1% or 1 1/2% less than comparable fixed-rate loans to attract customers. But that may not last long. “More and more people are choosing variable-rate loans,’ says Bill Handel, director of research at Whittle & Hanks, a bank consulting firm in Chicago. “In a few months, these discounts may narrow and disappear.’

Not Building a Credit History

This is a special concern to women, who only ten or 15 years ago faced a maze of obstacles when they tried to obtain credit based on their own income. A good first step toward building a credit rating is to apply for a retail store card. If you’re a married woman and want to build a credit history that is unquestionably your own, get an “authorized user’ card for your husband instead of opening a joint account. That way, the account will be in your name and based solely on your income.

Obviously, you want to check the market for the lowest rate. But the rate depends to a large extent on the kind of loan you obtain. Borrowing against assets you already have is probably your cheapest source of financing. There are several ways to go about doing it.

Home equity loans. Many banks and other financial institutions will offer you a line of credit at favorable interest rates if you’re willing to pledge the equity in your home as collateral. Since you stand to lose the roof over your head, you should consider such a loan only if you’re in stable financial shape and can keep a tight rein on your borrowing.

Securities. You can arrange a margin loan through a brokerage house, but you’ll have to place stocks and bonds in a special account as collateral. Under Federal Reserve Board regulations, you can generally borrow up to 50% of the market value of common and preferred stocks in your margin account, up to 70% of the market value of corporate bonds and up to 90% on government securities. There are no loan applications to fill out and no fixed repayment schedules. The interest rate commonly is up to two percentage points above the current broker call rate (what the bank charges the brokerage firm for money).

The catch is that in most cases brokers will require that 30% equity be maintained in your account at all times. If your securities drop sharply in value, you may be required to put up additional collateral. If you can’t, the broker could sell securities out of the account.

To avoid that, don’t borrow the maximum amount. Take a loan of only 10% to 25% of the value of stock in your account, rather than 50%. It would take a 70% or 80% decline in the value of your securities to force a margin call if you borrow modestly.

Life insurance. On older policies the interest on a loan against the cash value could be as little as 5%, on new ones often 8%. You are under no obligation to repay the principal, and the interest can be added to the loan. However, your insurance protection will be reduced by the amount you owe. Any interest you pay when due may be deductible if you itemize.

Pension plans. Some companies allow employees to borrow from their pension or salary-reduction plans. The loan is limited to 50% of your vested benefits, to a maximum of £50,000, and it must be repaid within five years except when the money is used to acquire or rehabilitate a principal residence. The rate of interest is set by the company and is tax-deductible.

Errors sometimes creep into the credit files that loan officers rely on for rating loan applicants’ creditworthiness. If your loan application is rejected, ask which credit bureau the lender used and request a summary of your file to make sure it’s accurate. If the request is in connection with a credit refusal made in the past 30 days, you do not have to pay for the information.

Ideally, you should check your file every few years, sooner if you have moved or changed your name. Head over to our Credit Report section for more information.

The federal truth-in-lending law governing consumer borrowing requires lenders to provide a clear explanation of the charges involved. Your yearly borrowing cost must be quoted as the annual percentage rate. That APR takes into account loan fees, finders fees and interest and is the most accurate way to compare lending rates. But bear this in mind: Some costs, such as applications and late payment fees, are not included in the APR, although they must be itemized in the loan documents.

Despite legal safeguards, you still have to be on the alert. What happened to Carlton and Ada Poston is a “worst case’ example, according to Bryan Ross, their attorney. A few years ago they took out a loan for their trucking business from a lending company. The couple was told that they could borrow about £25,000, payable at 12% interest per year. The loan was secured by their Washington, D.C., home.

At settlement, the Postons signed several documents. What Ross says they didn’t realize–and what he says was never explained to them–was that the loan note was for £28,750, discounted by £5,750 and payable in full in one year. Since they received only £23,000, their actual borrowing rate was more than 40%, he says. Unable to repay the note, they refinanced it twice, once through another lender, adding to their debt. At one point they were charged an effective interest rate of 100%, according to their attorney. Finally, their note for £58,400 was purchased by a savings and loan association, which started to foreclose after about a year but later worked out a repayment plan.

The truth-in-lending law didn’t shield the Postons because the loan was for business purposes, and business loans are not governed by truth-in-lending and generally not by state rate ceilings. For those reasons, says David Medine, director of the George Washington University consumer legal clinic, “consumers should be on guard against lenders who encourage taking out a business loan when it’s really for personal use.’

The Postons compounded their mistakes by using their home as collateral. That’s risky thing for anyone to do, particularly in jurisdictions with lax foreclosure laws. In Washington, D.C., a creditor generally does not have to go through court proceedings to foreclose on a house.

The Postons tripped on still another legal point. When a principal residence is used to secure a loan (with some exceptions, such as a mortgage loan), you have the right to rescind the agreement within three business days. Among the documents the Postons signed was a waiver of that right. 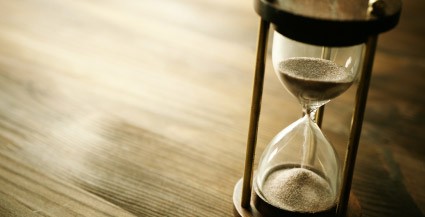 How to get a low-interest credit card

How to get a low-interest credit card