by Bankruptcy-Explained
Loans
No Comments 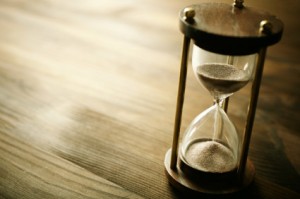 For years we treated our homes like cash machines, borrowing against their rising value and then using the unlocked money to splash out on new conservatories, cars, expensive holidays and the like.
Now, as seems appropriate in this age of austerity, we are “reloading the ATM”, and repaying mortgage debt like never before. Official figures revealed that homeowners paid off their mortgages at a record rate in the final three months of last year. All told, we reduced our mortgage debt by £7bn between October and December. Will we have a repeat of last year?

While the data partly reflects homebuyers having to put down much bigger deposits, it also shows that large numbers of people have realised that in the current climate it makes sense to pay off as much debt as possible and are making mortgage overpayments.

So, what are the best ways of overpaying, who is doing it and why, how much can you save – and what are the pitfalls?

Estimates vary as to how many people are overpaying; one survey put it at one in four homeowners, while recent research from Barclays suggests it is 10%. Barclays reckons the average overpayment is £200 a month, while Lloyds Banking Group puts it closer to £300.

The best thing about overpaying is that it can save you thousands of pounds in interest and shave years off your mortgage. The Co-operative bank found the most common reason why people were making overpayments was to repay their home loan more quickly, with the aim of becoming “mortgage-free” earlier so they could perhaps go on more holidays, or save more for retirement.

Figures prepared by Halifax for Guardian Money looked at someone with a 25-year, £150,000 repayment mortgage who is on its 3.5% standard variable rate (SVR), and what would happen if they overpaid by £50, £100 or £250 a month. The numbers are compelling:

Rock-bottom savings rates are another reason why paying more than you need to can make financial sense. “There is simply no incentive for people to tuck money away for a rainy day – it would lose value with inflation so high,” says Carlos Von Sexron.

Some people say they are overpaying because they are aware interest rates may rise in the near future, and they want to take advantage of the current low rates to pay down their biggest debt.

For others it is about increasing the amount of equity in their home, either so they have access to better mortgage deals when they come to remortgage, or because they are trying to get out of negative equity.

Overpaying will reduce borrowers’ loan-to-value (LTV) ratio, which should make it easier to get the more attractive deals reserved for those borrowing perhaps 60% or 70% of their property’s value, as opposed to 90%-plus.

Many mortgage deals will allow borrowers to overpay up to 10% of their outstanding home loan each year without penalty. That will probably be more than enough for most buyers. Some people on flexible, lifetime tracker and standard variable rate deals can overpay by as much as they like. Check what rules apply to your home loan before doing anything. .

Just over a year ago, Lloyds Banking Group (which includes Lloyds TSB and the Halifax) launched a scheme allowing tracker and discounted-rate mortgage customers to overpay their mortgages by up to 20% with no penalty. This expired on 31 March, and the maximum has now gone down to 10% again.

Asked about take-up, a spokeswoman says there will be some people who were overpaying by more than 10%, but “they are in a minority”. She adds that when a customer’s special rate period finishes they go on to the SVR, at which point they can make unlimited overpayments.

“Customers who do tend to overpay are generally on SVR or tracker products and have low LTV levels,” she says.
“Our data also suggests that while many borrowers do take the opportunity to overpay when they can, many also use spare funds to pay off debts or allocate it to short-term savings.”

The Co-operative bank and its Britannia arm allow those borrowers who can afford it to make additional capital repayments on their mortgage of up to 50% without penalty. This scheme was launched in January and looks set to run for several more months at least.

However, borrowers need to be aware that a capital repayment is different to an overpayment, in that it is a permanent reduction in what they owe and can’t be returned. By contrast, overpaying allows Co-op/Britannia customers to build up an “overpayment fund”, which sits alongside the mortgage balance and can be withdrawn whenever they wish.

Nationwide’s fixed-rate mortgages and most of its trackers only allow overpayment of up to £500 a month without penalty. If customers go over that by even a pound they will be hit with an early repayment charge on the entire overpayment amount. If the charge was 5%, that is a £100 “fine” on a £2,000 overpayment.

But not everyone with spare cash should be shovelling it into their mortgage. It is important to have some money set aside for emergencies. Experts say people should aim to have easily accessible savings equal to at least three months’ salary in case of a crisis, such as losing their job. And if they have expensive borrowings such as costly credit/store card debt, any spare money should probably go towards paying that off first.

Meanwhile, if you are one of those fortunate people on a super-low base rate tracker deal it may make more sense to put some of the money you are saving every month into a savings account. When interest rates do start to go up you will have a lump of cash that you can use to pay a bit off the mortgage.

Hollingworth says you need to do the maths to see if you could earn more interest after tax on your savings than you are paying on the mortgage. However, some might argue that the satisfaction of reducing your mortgage debt will beat a bit of extra savings interest any day of the week.

Some home loans offer an “offset” facility, where you use your savings cash to reduce the amount of interest. If you have got one of these any overpayments you make should be into the linked savings or current account, rather than the mortgage.

How to Get the Right Advice For Your Home Loan

How to Get the Right Advice For Your Home Loan